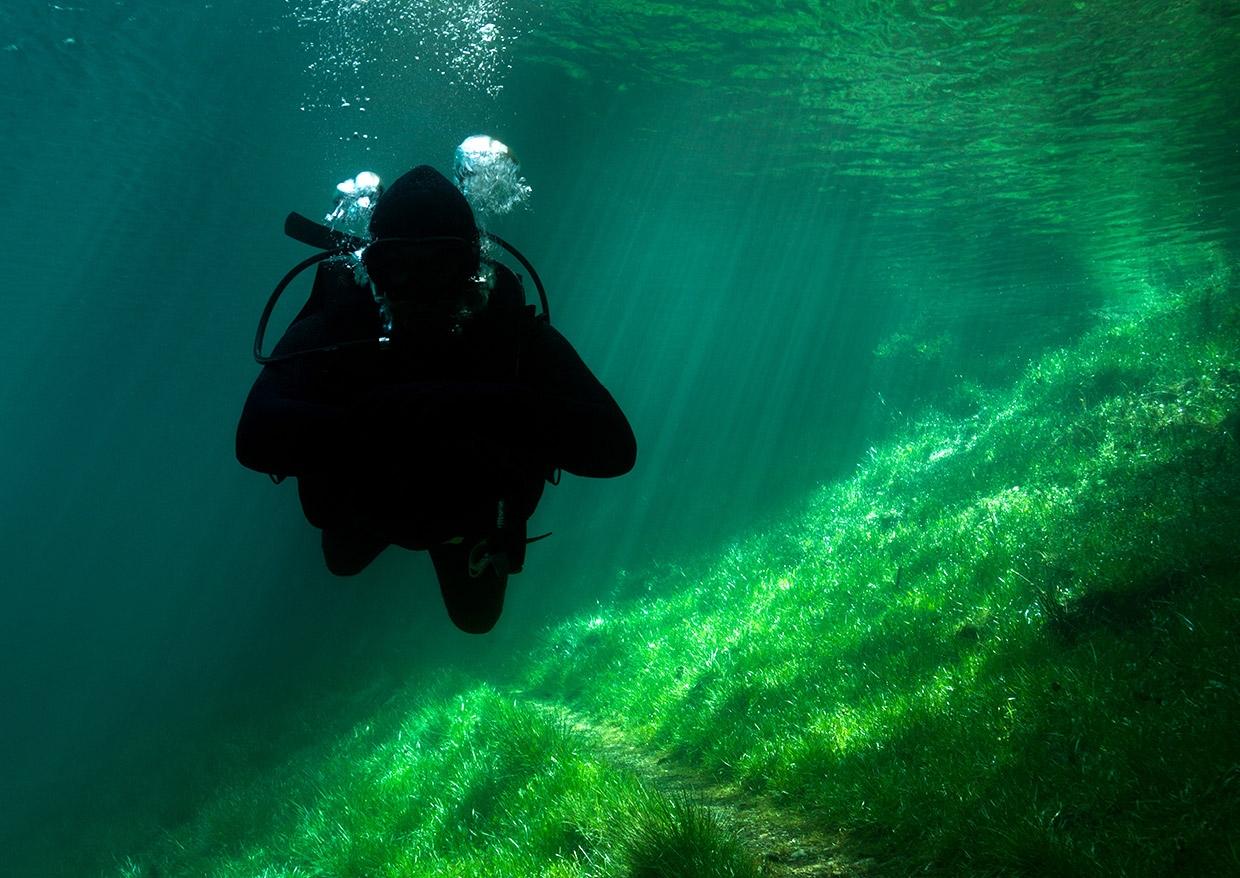 The waters of Loch Sunart are great for divers of all skill levels, providing great opportunities for drift dives and for exploring the rich underwater flora and maybe some of the elusive creatures that inhabit the Loch.  Further afield the West Coast of Scotland provides some of the best diving the UK has to offer.

The West Coast of Scotland and in particular the Sound of Mull, offer some of the best diving sites in the UK.  An area of outstanding beauty, the West Coast is regarded as one of the best areas to see basking sharks, it’s also home to porpoises, dolphins and whales. The Pennygowan Quarry, with its diagonally running rock strata, the Lochaline Pier and the Fuinary Rocks boast a wealth of underwater fauna including anemones, starfish, soft coral and sea fans, as well as a host of smaller marine life.

There are also a number of spectacular wreck dives for both the experienced and the novice diver. Wrecked in 1954, Hispania remains fairly intact and her hull is home to an exceptional marine growth during the summer months, the Thesis, lost in 1889, is a fantastic photographic dive. Scallastle Bay which is marked on old charts as an Admiralty Anchorage Area, is covered with wreckage, including, somewhere, either a Lancaster or a Shackleton bomber.

HMS Dartmouth, a frigate sunk in 1690 and The Swan, a small warship lost in 1653, are both currently being investigated by professional underwater archaeologists and can only be dived under licence from Historic Scotland. The Lochaline Dive Centre runs a visitor scheme for both, enabling sport divers to dive them.

By arrangement we can ensure that after a busy day under the water you’ll be welcomed back at Laudale with a delicious home cooked supper.

We look forward to welcoming you, please enquire for further details.